Founded in 1982 in Marseille, France, Provence Moulage  manufactured handbuilt 1:43 resin kits, mostly Le Mans, show or concept cars, but including few Grand Prix and F1. In 2001, it bought the Starter brand. Production was stopped in 2004, and in 2007 the brand was bought by Norev. Norev then introduced a new range of Provence Moulage resin models in 2007 which are only available in built form and are made in China. The angle or reintroduced  of Provence Moulage is on French historical and concept vehicles. 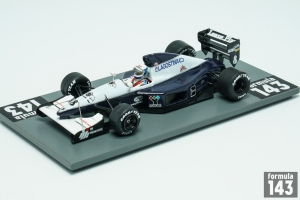